A Breakthrough in Awareness

Integrity in Media and Research 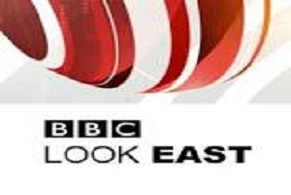 A week can be a long time in ME.

Although Invest in ME Research has been highlighting plans to establish a Centre of Excellence for ME for some years, and although our supporters have been raising funds for the UK rituximab trial since we announced plans for that in 2013, it has suddenly been seen by many more people to have become the reality we have known for some time.

Two events conspired to raise the awareness.
One a visit by the Norwegian Haukeland University Hospital in Bergen, Norway.
The other a set of interviews by BBC Look East covering the UK rituximab trial and the establishment of the UK Centre of Excellence for ME.

Both of these events consisted of qualities of excellence and integrity - attributes which people with ME have long desired, but often seen too little of in the media or research.

The visit by the Norwegians showed the excellence of their research, the modesty of the Norwegian researchers regarding their achievements, and the integrity behind how they conduct themselves - both in the public eye and in the research workshops.
Quite simply they were impressive, admirable and honourable ambassadors for Norway in all ways and it was our great pleasure to be their hosts.

The interviews carried out by the BBC Look East team demonstrated that other media coverage of ME does not have to consist of misleading and incorrect information - as is often the case when prejudice and external influences are involved in creating headline stories that serve someone else's agenda.

Instead BBC Look East produced an accurate, factual, honest, professional and, above all, sensitive set of programmes which did much to restore faith in the media from the ME community .
The BBC Look East team provided a view of ME that is rarely seen by the public or given prominence in the media.
It also managed to bring relief to a section of the population who have been so stigmatised and denigrated by untruths.

The links to the BBC programmes are here -
https://www.youtube.com/watch?v=tF3jZWVc8F8&feature=youtu.be&app=desktop

Further information will be produced in the coming weeks about the visit, the trial, the research and the Centre of Excellence.

A foundation of international collaboration in research into ME has been further reinforced this last week.

We have been committed to this strategy for a long time and it is as much for our loyal supporters as for ourselves that we are so pleased that these acheivements are finally being recognised.

The public lectures were filmed and are available here

#BRMEC12 - our twelth international Biomedical Research into ME Colloquium - will take place over two days on 31 May - 1 June 2023. More details here.

#IIMEC15 - our fifteenth ME international conference. is scheduled to be held on 2 June 2023.
More details to follow. More details here.